One year ago we had no idea what was to come.  I’m so grateful for the last year with my special fur baby.  Maybe we will get to celebrate his 13 th Birthday in September.  That’s something that seems possible now but a year ago…..  He’s a very special boy and every day with him is so precious. 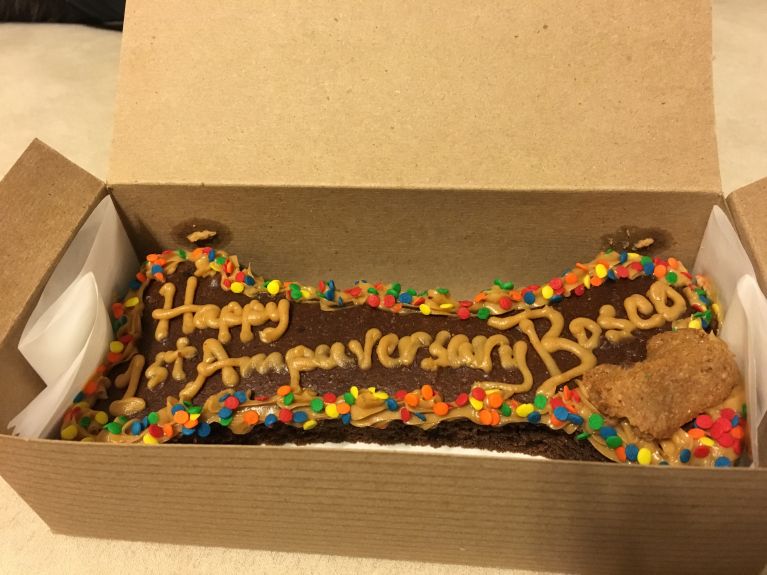 The owners at our local barkary are amazing! 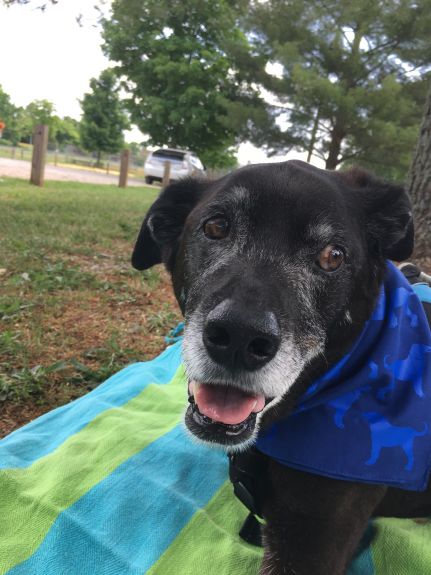 Picnic and bike ride on Friday!  Gotta love the doggieride! 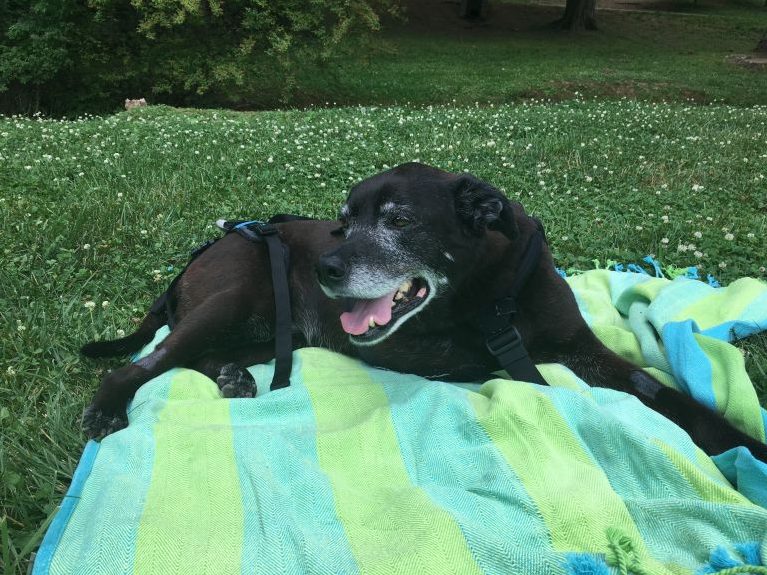 Saterday picnic and maybe a hamburger patty from Sonic….. His actual Ampuversary. 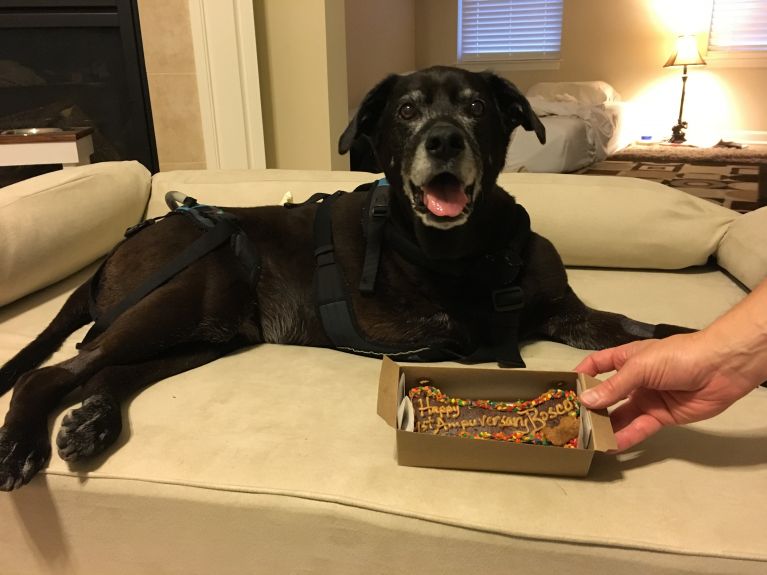 He’s such a good boy.  Prednisone makes him predy hungry but he waited for me to take his picture.


To remove ads from your site and others, upgrade to a Tripawds Supporter blog!

We just got back from Bosco’s first vaccine appointment.  We were asked, as others have been, not to discuss the vaccine on social media.  It’s not unreasonable since they don’t want to bias folks if someone has an especially good or bad experience.

Let me just say say that I have no idea what effect the vaccine will have but we are happy and relieved at this point.  Bosco is doing great.  We were concerned about his back issues and the car ride.  We stopped a bunch on the way down which seemed to help.  On the way back home, he was so tired we didn’t stop but he looks great.  We thought he might have a set back with his back but he looks great!  Thank goodness!  The poor boy has been through enough. 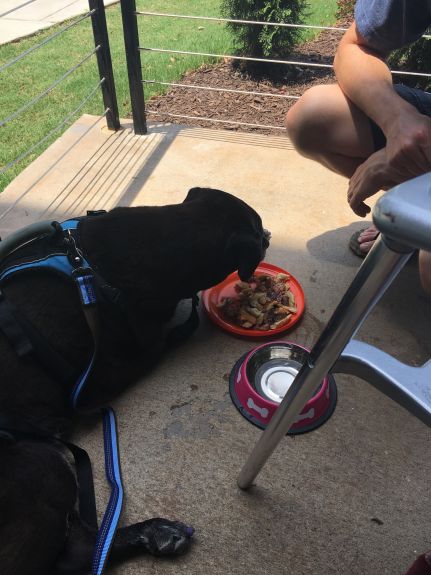 We spoiled him rotten since we didn’t know how he would react to the vaccine.  Honestly there was a part of me that feared we might not bring him home.  There was a burger place with a dog friendly patio.  Bosco had a plain burger.  I swear we do feed him healthy stuff most of the time.  He begs for sugar snap peas and lately has been eating his honest kitchen.  But, he enjoyed his meal and the patio was really nice.

Bosco found a mouse!  Greenville has a bunch of neat statues. 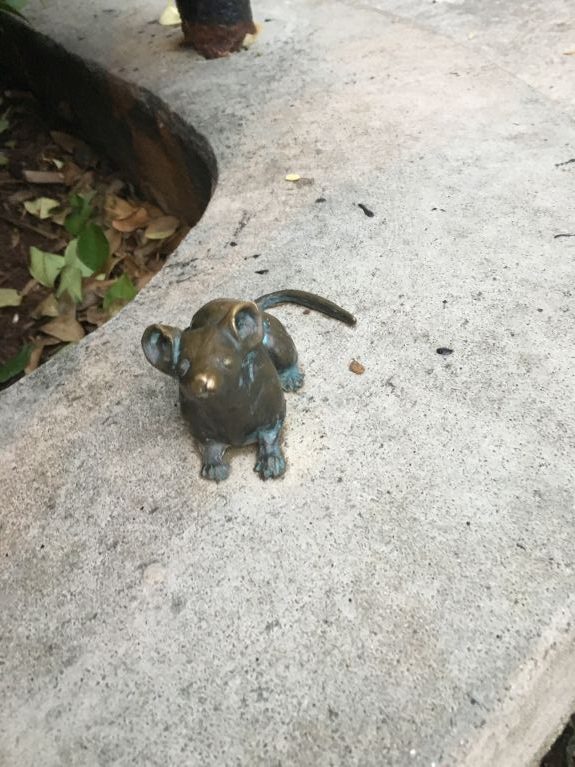 While we waited for Bosco we walked along the Reedy.  It was beautiful.  There were baby geese. 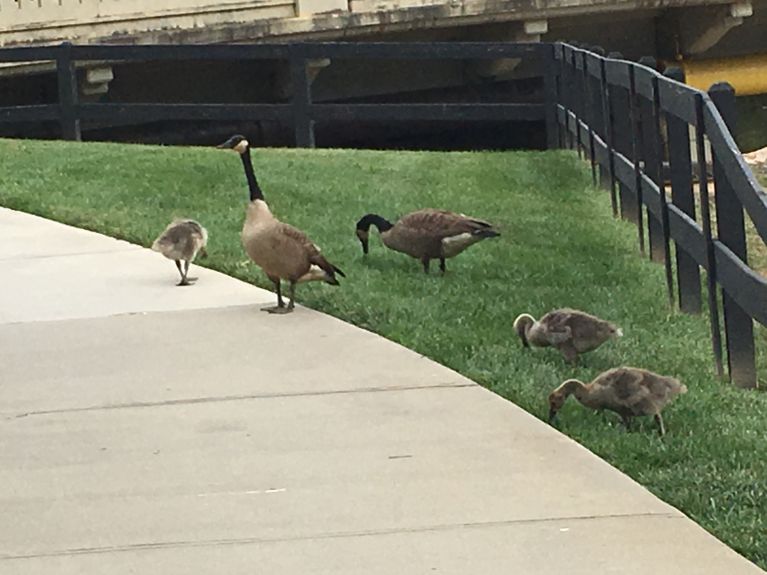 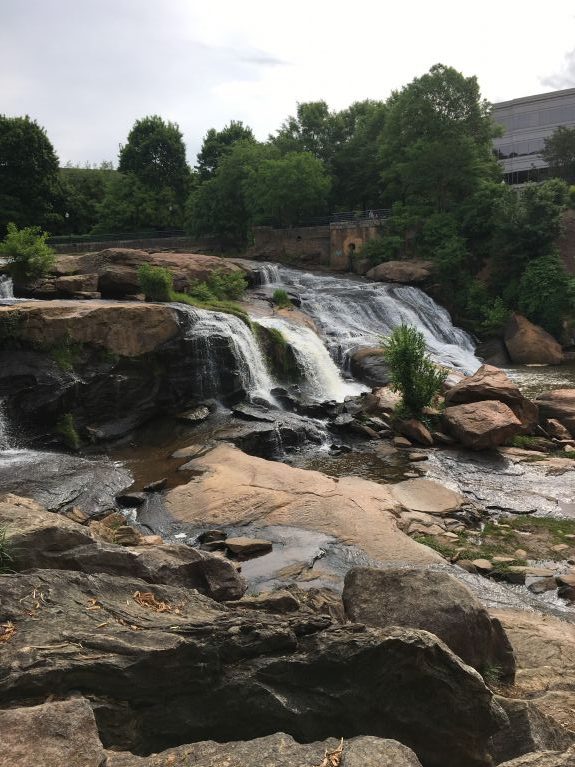 We’re so relieved and grateful to have the first round over with!  And we’re thrilled he is home!  Thank you all for the support.  It was a stressful few days. 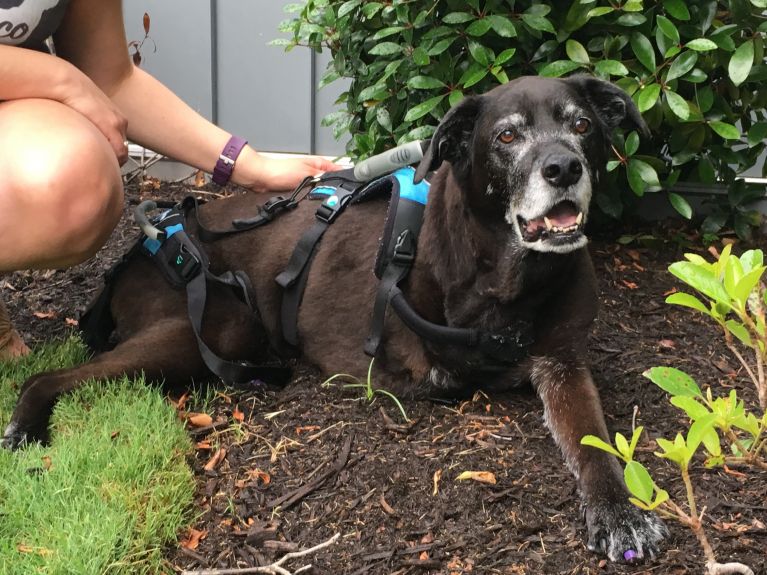 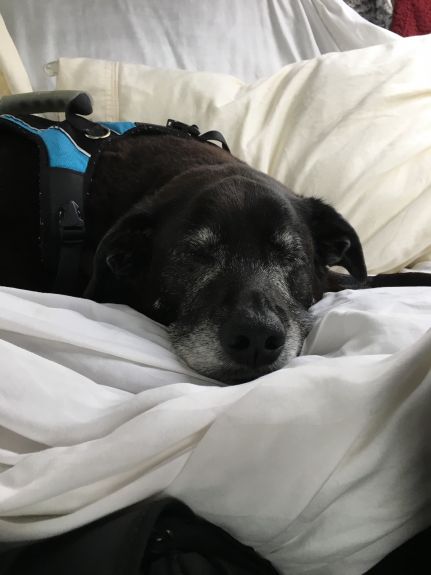 Wow things change fast.  My husband and I feel so stunned and incredibly grateful to share that we heard from the vet at the vaccine study.  He spoke to our holistic vet and us and now feels that Bosco can recieve the vaccine!  On top of that he had a cancellation and can see Bosco Monday and Tuesday!!!  Wow!  Stunned!  My husband’s birthday was today and this was the best gift!

Its been a little stressful working out schedules and I’m a little worried something might go wrong at my job.  I have reached out to everyone at work I need to.  That was last Thursday, pretty much as soon as we knew.  One person hasn’t responded.  So I’m not sure what else to do.  That’s making me anxious but there nothing else I can do.  Sigh…

so im trying to stay calm about all of it.  I’ll update everyone soon.

Watching the neighbors and a nice nap on the snuffel mat.  Goofy dog! 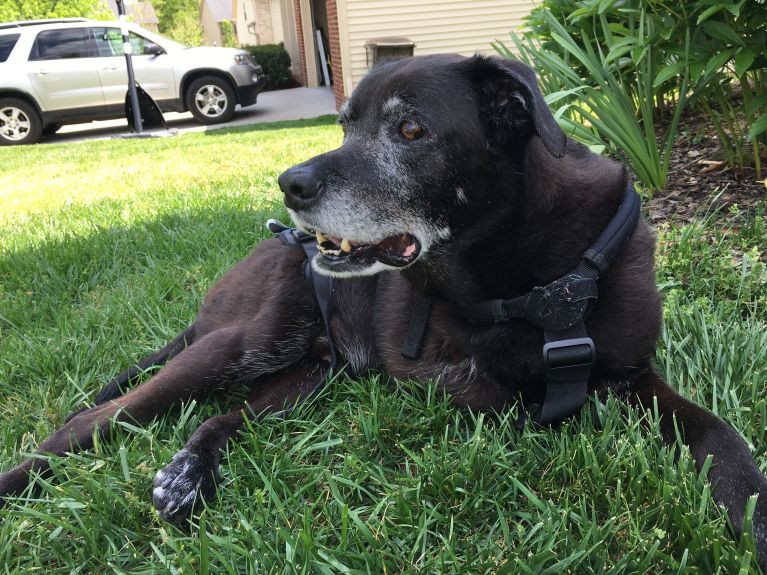 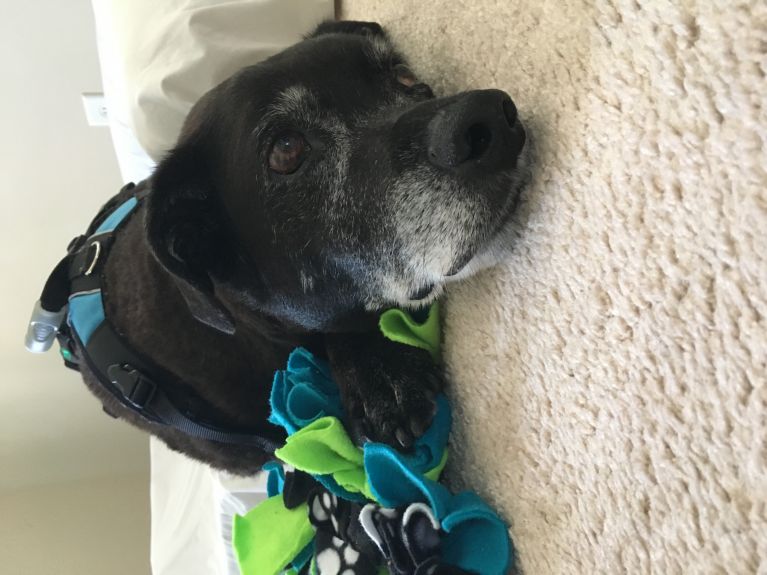